Just The Right Image: Brand Modi is Bigger and Better

Today Modi is unassailable. He just needs to change gears, from a salesman to a statesman

2019, that same Modi has entered his second term as the head of the state with a bigger and a clearer mandate than 2014.

Today, he is being described as visionary, self-made, strong, efficient and incorruptible.

The change in his image over a decade is the outcome of relentless positioning of brand Modi.

Prime Minister’s 2014 and 2019 election campaigns are an example of successful implementation of a marketing and branding campaign.

His image and in-your-face type of speeches has made him a big brand just like his party’s. 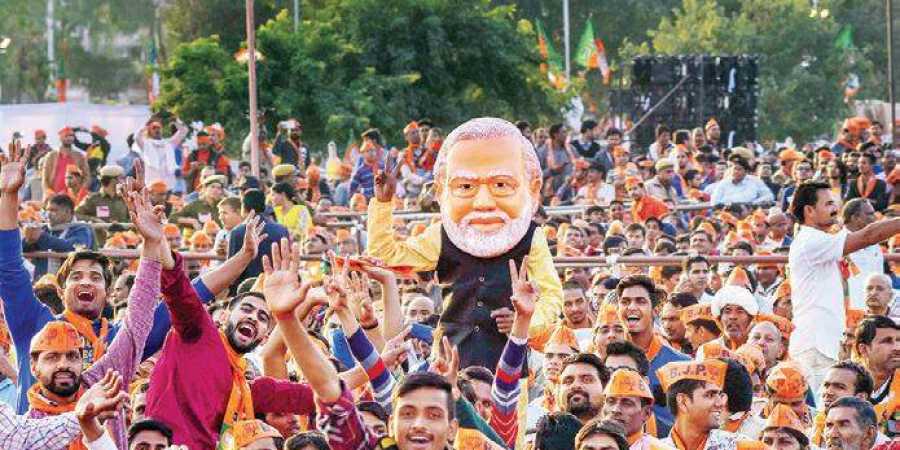 Why Would Modi Need ReBranding?

David Aaker, American marketing Guru and author of several books, wrote in his 2012 blog, “Every person has a brand that affects how the person is perceived and whether he or she is liked and respected. This brand, he says, can be actively managed with discipline and consistency over time, or it can be allowed to drift.”

Brand Modi was going national from regional, he was only known as the great development crusader for Gujarat.

This image of his was used by BJP’s communication team comprising of senior leaders like Piyush Goyal and Ajay Singh, who handled the overall media strategy.

Brand Modi-as-Person, represented him as honest, incorruptible and mass mover.

However, Brand Modi was not only undergoing a renovation but also had to wash the stains of 2002, Gujarat riots.

Yeh Daag Ache Nahi Hai!, PM Modi might have said the same to his branding team.

Just like any brand that has recovered from the setback, Cadbury acknowledged and continued new narrative with repackaging and branding after its worms debacle.

PM Modi also never mentioned 2002 riots in all these years but acknowledged that crimes had taken place and condemned it.

Soon, that brand image of mass murderer changed into a mass lover.

These all increased brand recall of Modi, his brand was now on top of the mind recall list of voters when they voted in 2019. 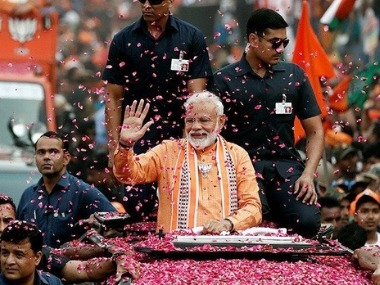 Strategic Planning of the Brand

PM Modi not only enjoyed his good image in public but it was shared by top advertising and marketing professionals.

Brand Modi started out with a simple marketing term, NaMo which is also used to worship Indian gods.

He took his brand to the grass-root level and tried touching every potential customer, I mean voter!

He understood well what his customers wanted and gave them so.

He projected himself as a father figure for everyone, drawing the same from the biggest Hindu god, Lord Krishna.

Krishna said in Mahabharata, was he neither on Pandav’s side nor on Kaurav’s side, did he want Hastinapur’s growth.

Brand Modi portrayed him as a great change-maker and chowkidar of India.

The Gujarat model was used to portray a brand who knew what it was saying.

He portrayed himself in children games as a great runner and doer for the country who is ready to sacrifice himself.

‘Acche Din’ became his Brand Essence and was used to show his efforts and idea for new India.

It was big, Brand Modi was going from a region to the national frontier and it was headline-grabbing.

He used this power to connect to first-time youth voters and caught their attention with the usage of hashtags.

Modi was known outside Gujarat like Nitish Kumar from Bihar and J.Jayalalitha from Tamil Nadu.

When Modi ventured out he did it at a massive scale – he attended more than 5,000 events and 470 political rallies across the length and breadth of the country.

Political scenario wanted a change, the economy was slowing down, society wanted growth and development, the technology sector was at all-time low and various other factor propelled his growth.

And competition, Congress was getting weaker by the day resulting in customers’ growing frustration and various corruption scandals.

All stories about Modi’s life in the public domain have consistently fed into this new image.

And although questions remain about Modi’s ability to perform at the national level and his Gujarat model of governance, his personal branding and marketing strategy seems to have worked and voters across the country appear to believe his claims.

Chief opponent Rahul Gandhi’s “Chowkidar Chor Hai” has failed and Prime Minister at the same time along with other BJP leader added prefix chowkidar on their twitter handles.

A Modi app, NaMo TV, a web series, a biopic, and the “chowkidar” campaign all helped to embellish Brand Modi, boost his franchise, and the interview with Bollywood actor Akshay Kumar was the icing on the cake.

Definitely, He’s back better and brighter!