“I gotta have Faith”: The Big Bang Arrival of a Matured George Michael

George Michael is a natural; even as images of his Wham! days start to fade to grey, some of his Wham! creations like Wake Me Up Before You Go Go! and Careless Whisper remain indelible.

He was like Elton John of the Eighties who believed in the scientific side of music. Every beat and rhyme in song complements the listening experience. The songs even if they belong to Retro-Pop genre were cool(ish) for the decade and boys of the time had posters of him in their room- one of them being my father.

In 1987, at the age of 24, Michael had become a maestro of his music and all of that is evident in his inaugural solo album Faith.

The album-opening track, “I Want Your Sex” is a complete opposite of his depressing and sad single “A Different Corner”, released in interim eight months of depression between the split of Wham! And his first solo album. 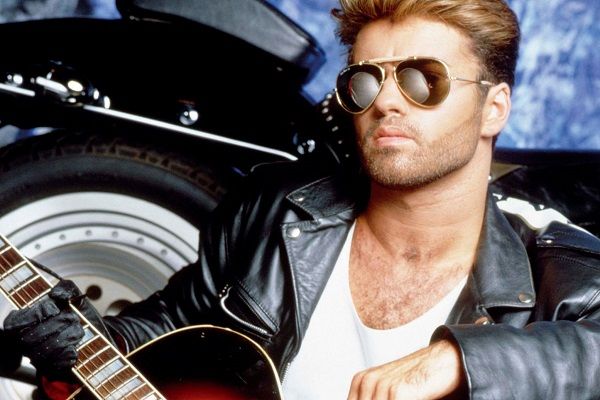 “I Want Your Sex” is a song that details out George Michael as a sex-figure, with every music rhyme just adding on to the listening experience. This song has been perfectly composed with videos of the song matching the lyrics of the song. And she was his ‘then’ wife

Michael has sketched out every single part of the song, starting from every mullified rhyme, however, many who might not know, the entire rhythm of the song was made thanks to a faulty synthesizer that mixed rhymes of two raw music.

This title was how George Felt about himself – he claims, after he ‘Planned to go Solo ( Taking you back to – Cause I’m not plannin’ ongoing solo – from Wake me up before …….). The strong connection with this word landed in it becoming not only a single but his comeback title. The Music Video had the customary Stubble, the Guitar, The Blue Jean and his Ear Asset – the Ear Ring

The Song is one of the earliest chartbusters and much away from Freedom sung by him during Wham days. It challenges to break free from the customary. More so it is about knowing oneself and doing what the heart and mind desire.

Quoting the Superstar Himself At some point in your career, the situation between yourself and the camera reverses. In the lieu of not having him the video our friends at Sony Music had to showcase the Top Models, and in the battalion, just to name a few – Naomi, Christy, Linda, Cindy, and Tatjana.

To this song ignites the tangible customaries (depicted in the song video of Faith) – The jacket, The Guitar and the works. 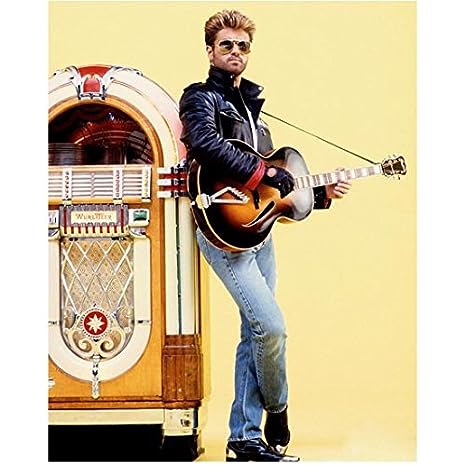 The album, Faith was also maturing with the songs. Songs like Hand To Mouth talked about the prostitution problem in the U.S and how people survived in basically unliveable circumstances.

Father Figure took a deep dive in the fashion industry and cruelties of the glamour-same glamour that George later regretted in his personal life.

Monkey was yet another innovation, the song can be said as power pack closing of the album.

If one was to pick up the Faith and his next album Ladies and Gentlemen, the difference of maturity would be visible from the album cover itself.

That funky, coolish, every school girl’s hungry pride and joy was singing songs such Kissing a Fool, Praying for time, Mothers’ Pride and finally his collaborations with Sir Elton John for Don’t Let the Sun Go Down on Me and with Queen for AIDS charity event- Somebody to Love were key ingredients of a matured George Michael.

In 1987, popular rock music was trying to fill arenas with enormous waves of echo; “Faith”’s chords sounded crisp as the blue jeans pasted to Michael’s ass in the video.

He was employing rock as a texture, as a signifier of history and depth, absorbing the guitar rhythms of the ’50s and ’60s just as he embedded the drums of the Motown songs from his youth in tracks like Wham!’s “Wake Me Up Before You Go-Go.”

It made Michael’s work as serious as it was playful, taking established song forms and converting them into modern pop.

The lose hanging Christ Earpiece, the BSA leather jacket (that I still want), Soundplayer, Guitar, Girls and a serious dedication to video saw the Faith and fate of George Michael tough sky high in the ever-competitive 80s song market.

With Inputs from Rajesh Mansukhani

2 thoughts on “ “I gotta have Faith”: The Big Bang Arrival of a Matured George Michael ”