Listen Without Prejudice: Why George Michael Wanted ‘Freedom’ from SONY

A Father’s Gift For Whom I’ve got the Unlimited 80’s song Collection- Happy Father’s Day dad, Your favorite singer and his story.

Faith, Listen without Prejudice, Older- The Album names themselves tell you about a singer who was maturing from his ‘Sex Figure’, but did he regret suing his label owner-Sony?

1987 and Faith Album was the big bang arrival of George Michael into the Single Artists’ club, He came in with a pinch of pop, rock and everything that the music loving audience wanted at that time.

Faith detailed George Michael as the next sexy thing of the music industry, so did the songs he sung in the album. Faith, Father Figure and I Want Your Sex (Parts 1&2) defined him as every hungry school girl’s pride and joy.

Faith won several awards, including the Grammy Award for Album of the Year in 1989. It is one of the best-selling albums of all time having sold 25 million copies worldwide.

This time, with Listen Without Prejudice in 1990, it was his time to drop the sexy image and perform as serious singer who could also sing for people’s cause.

The case that he filled in 1992 was completely on the merits of “Professional Slavery”, He claimed that the accused, Sony Ltd- also his label owner, under promoted his album Listen without Prejudice as a punishment when he turned down several recommendations.

Sony had recommended portraying George Micheal as sex icon on the album cover and other promotional videos, which George denied due his personal reasons-one of which was he wanted to mature as a singer.

Along with that, the case coincided with the most disturbing phase of his life. George’s male partner Anselmo Feleppa in 1992 was diagnosed HIV positive and later died in the same year owing to AIDS related brain hemorrhage.

George on various instances had described Feleppa as his “Saviour”, who helped him feel comfortable about his sexuality.

“It’s very hard to be proud of your own sexuality when it hasn’t brought you any joy,” he said. “Once it’s associated with joy and love it’s easy to be proud of who you are.”

In addition, Music Industry suffered its one of the biggest setback, it lost iconic Queen’s lead singer, Freddie Mercury to AIDS related illness.

Michael later wrote the song Jesus To A Child as a tribute to his former lover.

Listen Without Prejudice represented a new direction for Michael, downplaying the sex symbol status he had cultivated with Wham! In favour of a more reserved identity purely as a serious musician; he decided not to place his highly recognisable image on the album cover and declined to appear in promotional videos. 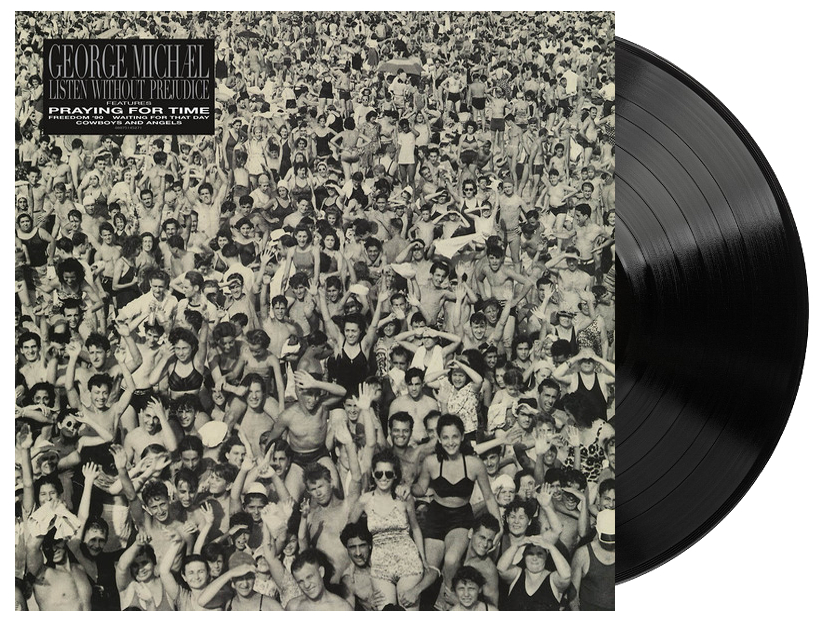 Michael alleged that Sony under-promoted his new album in response to these decisions. He further charged that the contract restricting him from seeking a new label and prevented him from managing his professional image as he saw fit. Michael described this imbalance of power and his long-term lack of control over his career as “professional slavery”.

George in 1982, at the age of 18 had signed with Innerversion Records, later sold to CBS who wanted Wham! To generate Eight albums as per the contract, the same couldn’t be achieved because Wham! Split up and CBS records were taken over by Sony in 1987.

This was also becoming a common practice in the industry.

Michael filed suit before the Chancery Division on 30 October 1992, and Justice Jonathan Parker issued a ruling on 1 June 1994.

George’s claims were wholly rejected and the court said,

“the case was indeed such that the doctrine of restraint of trade would be applicable;

George did return to singing in 1996 but by that time. He had lost most of professional life however, he never lost the taste of the music that he got millions hooked on to till today.

One thought on “ Listen Without Prejudice: Why George Michael Wanted ‘Freedom’ from SONY ”