A modern-day Julius Caesar plot was hatched in Egypt following the  2011 Arab Spring movement.  In the center of the plot was the country’s first democratically elected President Mohamed Morsi.

Morsi was abandoned by most of his loyal people in the government, his own security force, and the executive branch of the government.

Mohamed Morsi went on a trial in a court in Egypt in 2015.  Morsi died on June 17, 2019, due to a heart attack. He was in the courtroom, locked in a sound-proof chamber when he suffered the fatal attack

His supporters in Egypt believe that the former leader was denied basic amenities available to other prisoners and was not allowed proper medical care which, led to his death in the courtroom. 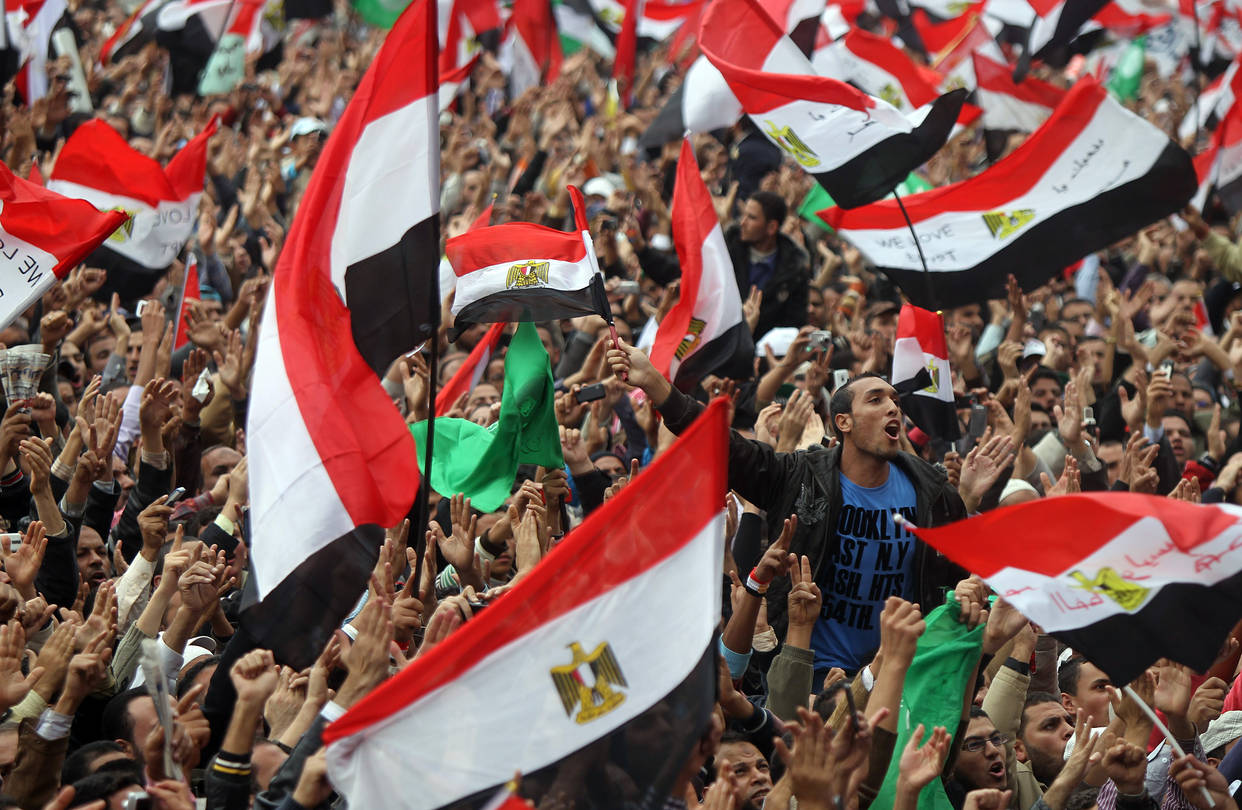 Egypt’s tryst with the 2011 Arab Spring

The 2011 Arab Spring spread across the Middle East and North Africa with a single demand for the democratization of countries.

In Egypt, the 2011 uprising brought an end to President Hosni Mubarak’s 30-year rule and within 18 months Morsi had become the country’s first democratically elected president.

Things were never smooth sailing for Morsi as protests against the rising fuel charges, long power-cuts and corruption rocked the government and presidency.

Egypt’s Army had a huge role to play during the protests. Instead of sticking with the President, the army chose to stick with people and issued an ultimatum to the President to step down or face a military-led coup d’état.

Abdel Fateh El-Sisi, the current President of Egypt was the military leader and the Defence Minister at the time. He was among the chosen few by Morsi to rebuild a broken country post-2011 uprising.

Abdel Fateh El-Sisi, the sixth and current President of Egypt

2012 and 2013 were turbulent years for the presidency in Egypt. Weekly protests, as well as anger and frustration with economic instability, divided the nation further. Many who had risen in the 2011 uprising and voted Morsi into power, now wanted him out and going.

Seeing this several top leaders of the government often referred to as ‘Deep State’ by the United States worked to bring down Morsi.

This group was led by El-Sisi and other seasoned politicians like Mohamed ElBaradei who further fuelled the public anger.

It was later known that the long power-cuts and crashing economic system was a doing of the ‘Deep State’.

But the crisis in Egypt was not limited to fuel shortages and wages, nor were they limited to the big cities. In Sinai, attacks took place against security forces by groups that few had heard of before.

Morsi had warned that some Middle East country is working hard to divide Egypt, little did he know that the mess was being cooked in his backyard.

In long and extensive calls between Morsi and former US President Barrack Obama, the general tone set was that Morsi would have to make concessions.

In no way did Obama suggest that Morsi should step down, as a foreign leader he asked his counterpart to work on a deal with the army that will end the long protests.

On June 26, 2013, Morsi addressed government leaders and other top people in Egypt in a speech that many saw the president’s way to heal the damage done already.

Morsi relied on humor, facts, teachings from the holy Quran to address the gathering. Morsi left that day feeling content that he had done his side of correction and would like his opposition to making strides for peace.

Ironically, the opposition slammed the president for not addressing people’s concerns, and El-Sisi, the military commander issued a two-day warning to the President to step down or agree on a deal. 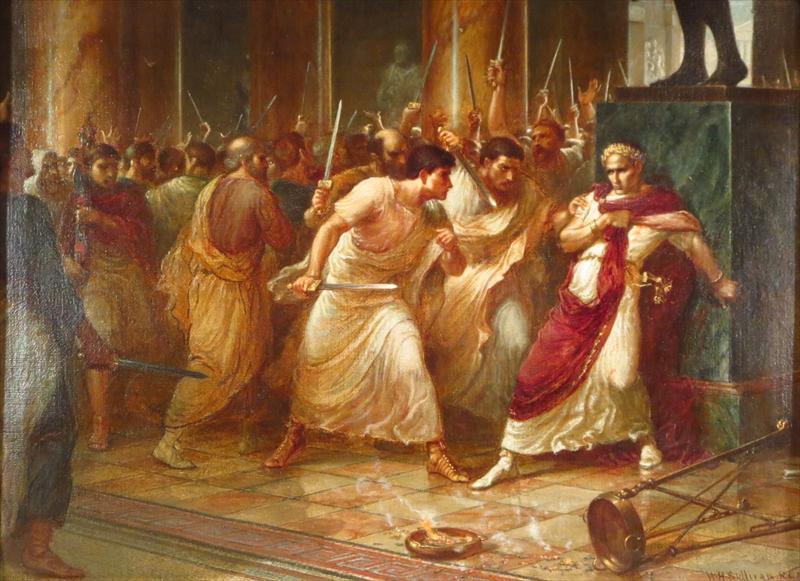 Having had a word with the US Ambassador to Egypt, President Obama, and many of his till then loyal advisors, Morsi decided to invite El-Sisi and discuss the way forward.

The meeting was fruitful, and several concessions were accepted that included restrictions on the powers of the president, cabinet reshuffle, new portfolios, greater powers to the military, and several others. To stop the violence on the streets Morsi accepted most. He knew that he would remain in power and the military will not hatch an overthrow after the deal was put to bed.

The official transcript of the meeting was never revealed but as per Al Jazeera following conversation took place between Morsi and El-Sisi.

El Sisi replied, “Yes! We have a deal”. El-Sisi gave his departing military regards to Morsi and left.

The next day when people from Morsi’s office called El-Sisi’s office, the news came as a surprise that the deal does not stand, and the President needs to step down in two days.

By that time the casting was on the wall and Morsi’s fate as president sealed.

The protests grew and while the ultimatum was that the military will step in after 48 hours exactly. It stepped in early.

On the surface, Morsi wanted to give the impression that the government was conducting business as usual but was asked to leave the Presidential Palace due to several violent protests.

On June 30th Morsi moved into the Republican Guard Headquarters where he saw a host of different guards and none who was familiar to him.

By June 30th many of his own security men had left him, his advisers were now advising El-Sisi and the former president was left with only two aides. Khalid al-Qazzaz, the presidential secretary for foreign affairs was one of them who remained with Morsi till the time both were put on trial. Qazzaz was set free by an Egyptian court.

On July 3 exactly at the end of the 48-hour ultimatum El-Sisi and army stepped in and took control of the power.

Soon after, Sisi placed him under “confinement” in the Republican Guard headquarters. The next day the military’s deadline to Morsi expired. At 5am troops began deploying across major cities and the military posted videos of the movements to its Facebook page in a bid to reassure the public. Republican Guards assigned to the president and his aides walked away at midday and army commandos arrived.

On July 4 when Qazzaz met Morsi for breakfast before the two were separated. Qazzaz found Morsi calm. As the two broke the bread, Qazzaz tried to initiate a conversation and break the deafening silence, Morsi replied by saying “I had the best sleep last night ever since 2011.”

There was no commotion and Morsi went quietly. That evening, Sisi announced Morsi’s removal. Sisi is the current President of Egypt and governs in a fairly autocratic way.

Morsi was put on trial for several cases and later given a death penalty. In a report released on March 28, 2018, a panel of British MPs and international lawyers said Morsi’s conditions of imprisonment and inadequate medical care would likely lead to his “premature death”. On June 17, 2019, Morsi died due to a heart attack. Many say he was put in a sound-proof chamber so that no one car hear him.

But, Egypt that wanted a peaceful transition to democracy has again become an autocratic country that silences opposition, jails journalists, and has less regard for human rights. This was a story of how Morsi’s men stabbed him in the back for power. The classic end to democratization chapter of Egypt and William Shakespeare’s Julius Caesar.