President Donald Trump claimed in his address to the American public after the killing of ISIS leader Abu Bakr al-Baghdadi that he was a “bigger terrorist” than Osama bin Laden, the fact of the matter remains that Baghdadi was a nobody compared to Bin Laden.

As a Saudi citizen and belonging to ultra-rich Saudi-Yemeni clan of Bin Ladens, which had business interests all over the Middle East, Osama was almost a royalty.

He enjoyed very thick clout in Middle Eastern governments and lived lavishly in Pakistan for five years between 2005 and till his death in 2011.

By comparison, even though he assumed the name Abu Bakr al-Baghdadi, in fact, Ibrahim Awad was simply a rural cleric in a mosque in Iraq’s Samarra before he assumed the title of the caliph of the Islamic State.

As far as the impact of al-Baghdadi’s death is concerned, the real strength of the Islamic State lies in its professionally organized and decentralized Baathist command structure and superior weaponry provided to Syrian militants by the Western powers and the Gulf states during Syria’s proxy war.

Therefore, as far as the Islamic State militancy in Syria and Iraq is concerned, al-Baghdadi’s death will have no effect because he was simply a figurehead, though the Islamic State affiliates in the Middle East, North Africa and Af-Pak regions might be tempted to repudiate their nominal allegiance to the self-proclaimed caliph of the Islamic State.

By contrast, the death of Osama bin Laden in 2011 had such an impact on the global terrorist movement that his successor Ayman al-Zawahiri, an Egyptian cleric lacking the resources, charisma and lineage of his predecessor, couldn’t even mediate a leadership dispute between al-Baghdadi and al-Nusra Front’s leader al-Jolani.

Bringing the war to America

For those who might not know, the United States helped the self-styled farmer turn fighters, also known as ‘Mujahedeen’ in Afghanistan during the Soviet invasion of 1979-1989.

Osama was fighting alongside these mujahedeen fighters to liberate, in one such incident British journalist Jason Burke reported, “bin Laden’s Office of Services, set up to recruit overseas (persons) for the war, received some US cash.”

The Iraqi invasion of Kuwait under Saddam Hussein left the Saudi Kingdom and royal family at risk, Osama called for all Muslims to protect Mecca and Medina and denounce any help from non-Muslim America.

His demands were outrightly rejected by the Saudi Kingdom and Saudi royal family decided to open gates to American Army to defend the kingdom.

Osama who was already frustrated with the new relationships between Middle-Eastern governments and the Americans ordered a Fatwa, religious message warning the U.S of deadly consequences.

The bombing of the Gold Mihor Hotel in Aden in which two people were killed is believed as a point where Al-Qaeda created a doctrine of justification for the killing of innocent people.

In the 1990s, bin Laden’s al-Qaeda assisted jihadis financially and sometimes militarily in Algeria, Egypt and Afghanistan. In 1992 or 1993, bin Laden sent an emissary, Qari el-Said, with $40,000 to Algeria to aid the Islamists and urge war rather than negotiation with the government.

In the latter half of the 1990s, after many successful attacks both Osama and Al- Zawahiri took the war to America.

It started out with the bombings of the US embassies in Dar-Es-Salaam, Tanzania and Nairobi Kenya, the total death toll of both the attacks was 224. 224 American officials killed in a foreign land by truck-full of explosives.

It sent shockwaves through the Pentagon and the American governments, however, it would take two other big attacks for the United States to announce head reward on Osama bin Laden.

AQIY (Al-Qaeda in Yemen), Al-Qaeda’s Yemini branch attacked the U.S attack ship, USS Cole in early 2000 while the ship was being refuelled in Aden, Yemen. 39 US Maritime Sailor killed in attacks.

And, finally the 2001 World Trade Centre collapse was seen as the biggest attack that any terrorist organisation had carried out. Al-Qaeda planned the attack in America, trained the hijacker pilots in America and carried out attacks on American soil.

It shook the nation when its defence command chain, the Pentagon was attacked along with World Trade Centre and the plane headed to hit the US capitol crashed in an empty field near Pennsylvania.

These attacks led to many in the Muslim world like Al-Baghdadi and Abu Musab al-Zarqawi, the original founder of ISIS to lead attacks later on when the United States invaded Iraq in 2003. 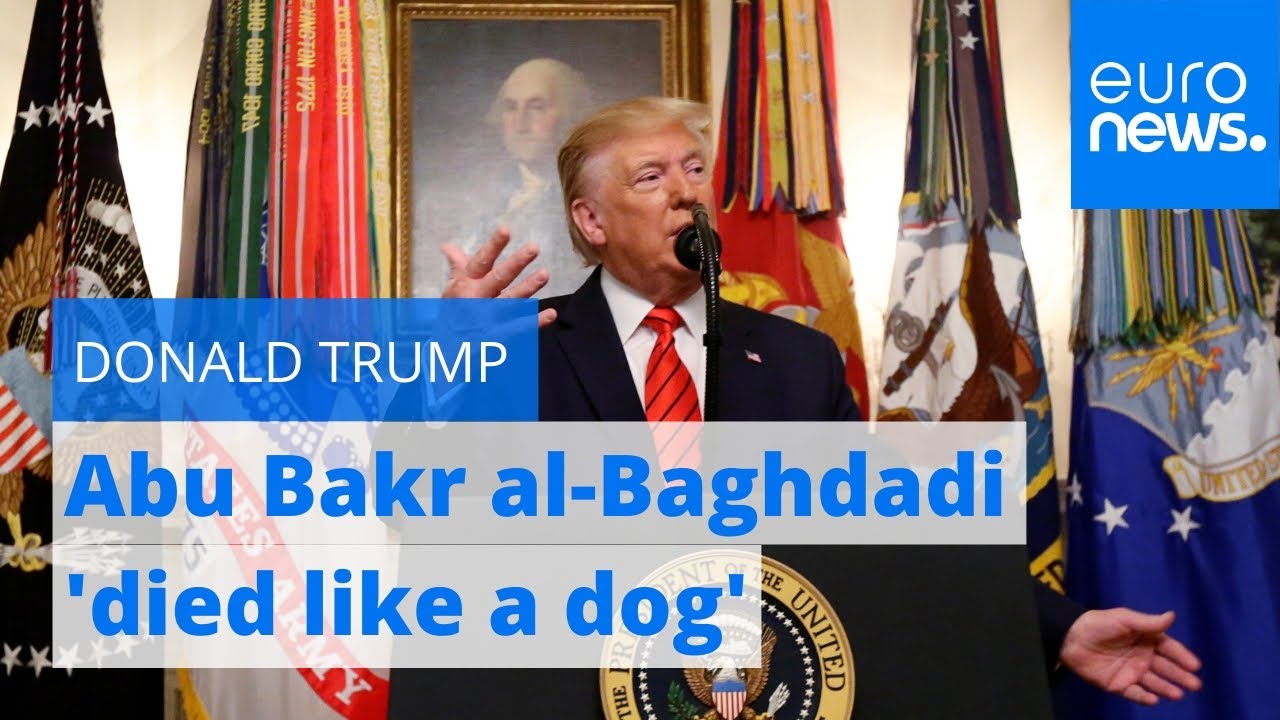 ISIS or ISIL or IS, call it whatever was only interested in creating a true Islamic caliphate as it was promised in ancient times.

They had a free run through Iraq and Syria especially from 2014-2017 when the governments in both these countries were busy settling internal matters.

Syria was in midst of a civil-war while Iraq was redeveloping after the US withdrawal in 2007.

Abu-Bakr Al-Baghdadi didn’t choose himself as the so-called caliph however, it was the core command of ISIS that selected Baghdadi.

Baghdadi didn’t plan attacks on the American soil but dragged them into the region they had left seven years ago.

In 2014, Baghdadi announced the need of caliphate in a mosque in Mosul, Iraq after which he became prominent.

ISIS’ plan was to liberate the Levant region and create the ancient caliphate or the kingdom as promised under the Prophet.

Following the death of bin Laden, Al Qaeda and other groups influenced by it have focused almost entirely on local wars, rather than on global jihad. International terrorism, especially in the West, has since become associated with ISIS.

Which is why the fate of al-Baghdadi’s group, and international terrorism generally, depends largely on whether the United States seizes the historic moment of his death to keep the group down.

That the Islamic State can easily survive the loss of its top leader is not as straightforward a proposition as seems to be widely believed. al-Baghdadi’s death, almost exactly seven months after the obliteration of the physical caliphate he built, comes at an exceptionally bad time.

The organization is still struggling to recover from the collapse of its caliphate and the deaths of many top leaders. It is fragile, caught somewhere between being a proto-state and a full-fledged insurgency.

The Islamic State is now an organization that has lost its caliphate and its caliph within the space of several months.