An Indira Gandhi breeze was blowing through the crowded cities and dusted villages of the world’s most popular democracy. That breeze was enough to blow Gandhi into the centre of power of the country.

Exiled from power after the 1975 emergency, Indira Gandhi took it on herself to defeat the combination of strong government at the centre and emerging regional parties in the 1977 General elections.

The debate between India and Bharat continues to serve on the plates of many in urban areas. India Gandhi was a tank, as in artillery tank in Indian politics. She reigned both the Congress Working Committee and Centre with an iron grip.

In 1977, this tank suffered a big-blow when both India and Bharat voted her out of power and brought Morarji Desai and Janta Dal alliance under his leadership to the centre of politics.

The time was ripe for Indira Gandhi to go through a litmus test and prove the country and many opposing Congressmen about how formidable a leader she is. 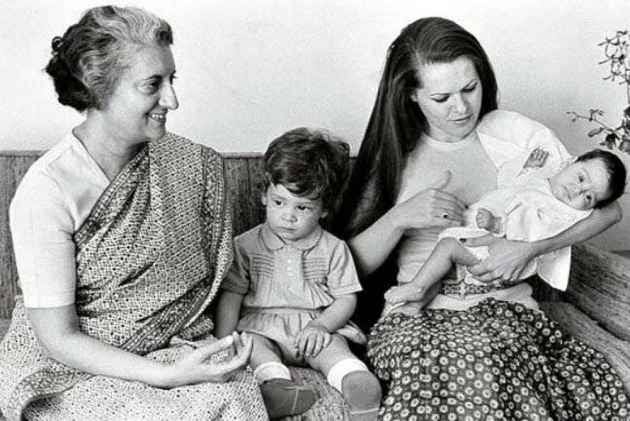 Getting a rejuvenated Congress re-elected

After losing her seat in the 1977 election, Congress appointed Yashwantrao Chavan as their parliamentary party leader. The new non-Gandhi leader at the helm of Congress party led to the infamous split-up leading to the creation of the old-guard Congress and Congress-I.

Congress-I was led by Gandhi herself and the upcoming politics star of the time and Indira’s son, Sanjay Gandhi.

Congress-I was the new face of the Congress with many old-guards defecting to the new, young and dynamic Congress.

Indira won a seat to the parliament by winning by-elections in Chikmagalur constituency which was virtually contested for.

While, Congress was being rejuvenated it was aided in the process by Janta Dal’s own home minister, Chaudhary Chavan Singh who placed many allegations such as Gandhi’s plan to kill opposition leader in jail during the emergency. He got both Indira and Sanjay Gandhi arrested multiple times.

The Janata coalition was only united by its hatred of Gandhi (or “that woman” as some called her). The party included right-wing Hindu Nationalists, Socialists and former Congress party members. With so little in common, the Morarji Desai government was bogged down by infighting.

Congress provided external support on conditions that all the charges against Indira and Sanjay would be dropped. Chavan Singh rejected any such demands and Congress pulled back its support leading to President Reddy dissolving the parliament.

Before the 1980 elections, Indira met with then Shahi Imam of Jama Masjid, Syed Abdullah Bukhari and entered into an agreement with him on the basis of a 10-point programme to secure the support of the Muslim votes. In the elections held in January, Congress returned to power with a landslide majority.

Sonia’s life in the Indian political landscape has largely been directed by circumstances more than her own free will.

In 1980, Sonia was opposed to the idea of her husband Rajiv Gandhi’s entry into the politics after the death of Sanjay Gandhi and Rajiv taking over as prime minister after Indira Gandhi’s assassination in 1984, but on both occasions, circumstances forced her to accept destiny.

After Rajiv’s assassination in 1997, Sonia said no with a decree of firmness to the many pleading Congressmen, who wanted her to take matters in her hands and bring back the grand old party.

Many Congress leaders such as Digvijaya Singh, Ahmed Patel, Ashok Gehlot, Vayalar Ravi and Kamal Nath had approached the then “apolitical” Sonia with a question: “How can you allow the collapse of the Congress before your eyes?”

Sonia viewed the Congress as an extension of her love for Rajiv and the country she had chosen to live in. In an interview, she had told journalist Shekhar Gupta that she had a pang of guilt each time she passed by Rajiv’s portrait hung in the living room at 10, Janpath — that she was not doing enough to revive the Congress.

But, Sonia Gandhi deftly led the Congress for 19 long years and wrested power twice at the Centre and in several states, she is was in the saddle again to steer it out of troubled waters once again.

Sonia is seen as a leader who can move masses, share everyday farmer’s plight and rescue Congress.

The recently announced Maharashtra and Haryana elections are in no way to answer that firmly but yes, Congress is on a path of recovery like it was back during Indira Gandhi’s reign and it is always women that have led Congress back to power.

And many have started believing that the next wave of resurgent Congress would come through Priyanka Gandhi, I leave the comment space open for all those opinions.